Evernote is a unique, highly creative service. A range of data can be opened with just a click, and edited in any way the user likes. This was only made possible because of the way in which the employees work.

Evernote is a service which allows users to place data of various formats—text, images and others—to the cloud as “clips,” in an intuitive way, and then access and edit that data at any time with whatever device they might have. Since the service began in 2007, the service has grown in a very short time to be a global infrastructure serving more than 30 million people.

The reasons for Evernote’s continual expansion was its ability to quickly see the ongoing, gradual changes in Internet technology, and in refining an easy-to-use information management tool. But it wasn’t simply that the company took the multifunction, high-spec road. It was rather taking an original outlook, and continuing over and over again to refine and update the system.

“It’s open and collaborative,” says company CEO Phil Libin. “The attraction of the Evernote product is because it reflects the way of life and work that we ourselves pursue.” Another company simply couldn’t create the same product as Evernote. The company and the product are the same—you can see it as the two being linked in every way.

In the highly-competitive cloud service field, it’s not easy to come up with a truly unique product. If you depend on clever marketing, it might be possible to gain some short-term support, but never the passionate support Evernote has gained. Behind a growth that has not betrayed the hopes of its users is an ongoing effort to transmit the fundamentals of the business and make them familiar to all employees. 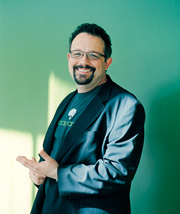 After working as a programmer for software company ATG, he established the e-commerce company Engine 5 and served as CEO.
After selling Engine 5, he established CoreStreet. In 2007 he met with the researchers who established Evernote and became CEO.

Even saying so, at the start it was all about trial and error. In their first office, the space was broken into small areas by partitions, something that was quite unpopular. So when they were looking for their next office, they looked for an open space where they could look out and engage others in conversation. The response was much better for a space where people could easily communicate and collaborate. The growth of the company was too rapid, however, and in a very short time that space was simply too tight.

The office building they just moved into in Redwood City in August of 2012 was thus the third office for Evernote. They rented three floors—the first, fourth and fifth—with the first floor arranged with public spaces such as the gym, cafeteria and large meeting spaces, while the fourth and fifth floors are the open employee work areas. The company currently employees some 200, but there is space for expansion to 500 people.

When you normally think about it, collaboration and open spaces are things that are hard to maintain when the organization grows too large. For example, in the new office the work areas are split into the fourth and fifth floors. There’s always the danger that the connection between employees could break apart.

However, Mr. Libin says, “We have a number of rules regarding this, such as keeping the individual teams small, with the desks of four people of the same work group kept together as a sort of island, while at the same time actively holding meetings with people from other work areas. The stairway between the fourth and fifth floors is rather open as a main place for communication.”

The office atmosphere is one in which people can move from their desks to any place that they like to do their work. 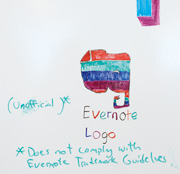 Evernote is inseparable from its impressive elephant logo. You can see employee-created elephant illustrations on the idea wall and elsewhere—although with an “Unofficial” accompanying note. The idea came from the popular expression, “An elephant never forgets.” In the US, the elephant is credited with having a good memory, and never forgets something.

A stairway set in the center of the office — a place for employees to connect. It’s an important tool of communication, home to everything from meetings to morning coffee.

A stairway set in the center of the office — a place for employees to connect. It’s an important tool of communication, home to everything from meetings to morning coffee.

All employees have at least some understanding about other business areas. For example, if the engineers know what is going on in customer support, this can provide ideas for their own development activities. Many employees say, “Nothing has changed in the way we work from the time that this was a small company.” They can communicate with those around their desk, there is a large meeting space, a wide variety of meals to choose from in the cafeteria, a gym where they can keep in shape and many places ready for collaboration—it’s all been a smooth process. And it isn’t just that the company has kept an open, collaborative relationship as a core value, but that it has continued to strengthen and build on it.

The employees’ work duties are not something that is simply decided from above, but they move forward with their work while making independent judgments. Employees are entrusted with doing work on a task basis and are given discretion about the process they will use—so the choice of work time and place is entirely up to them.

“The employees use Evernote daily, so I always say that we should create something that’s both fun and convenient,” Mr. Libin says. To realize this, the employees often come together in the company to talk over the strong points, or argue over what needs to be improved. A very flat relationship has been maintained between the employees, where, if you want to talk to the CEO, you just walk over for a discussion, and where you can ask anyone for their support. Here, it’s not important to formally set up every meeting.

Within the Evernote office is an area called the Walking Desk. This literally is a place where you walk while working. A desk has been fixed onto a modified treadmill, so you can read documents or talk on the phone while walking. Because it also has a power outlet, you can also work with a computer on it. The walking speed can also be adjusted. Slow while talking on the phone; a little faster while sending email—depending on the task at hand users can set the most efficient rhythm. 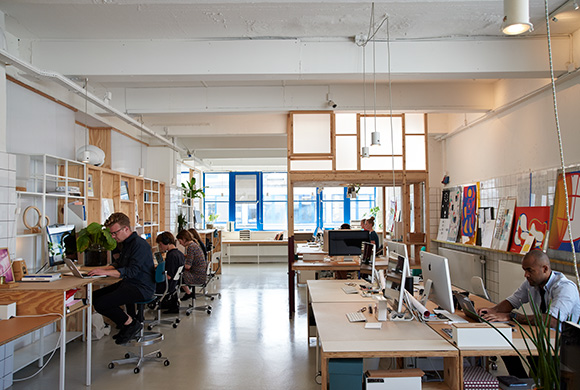 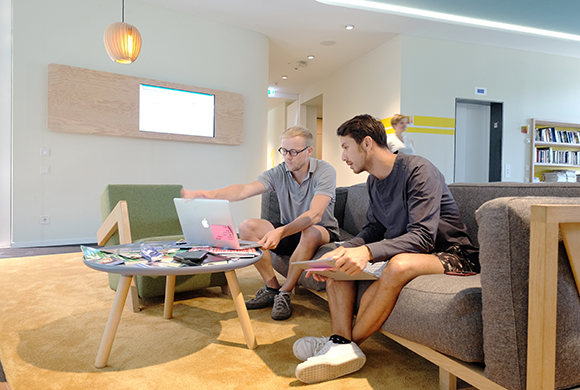 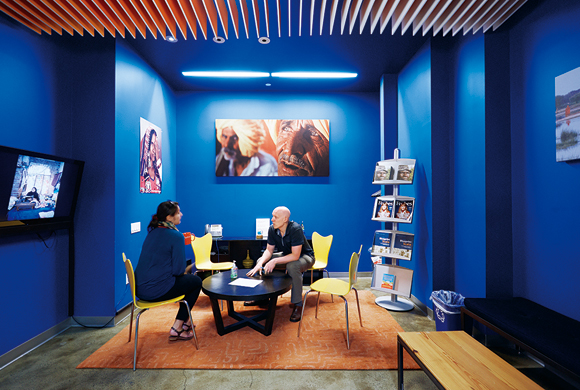 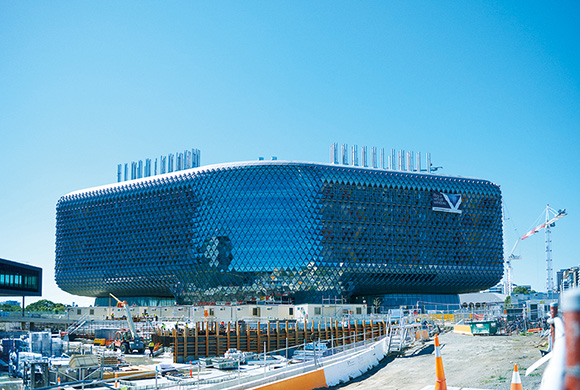