Talk about Berlin’s coworking spaces and you have to talk about Factory, a place that has become well known not only in Berlin, but globally as well. Its in-house developed slogan, loudly proclaiming that “Coworking is Dead,” has had a major impact on the startup scene. The phrase was published in Berlin Valley, the most influential free paper in Berlin’s tech scene.

Their message is clear: The key to success is to nurture a community, not the space itself.

The Factory project began in 2011. At the beginning, tech companies gathered there, and it played the role of a campus assisting startups and entrepreneurs. The founder was familiar with real estate and investment, so the company was able to acquire a 16,000-square-meter site adjacent to a new development where the former Berlin Wall was located. There, it gathered a number of tech companies in several buildings. In 2014, Factory entered into a partnership with Google’s support program for start-ups, Google for Entrepreneurs, and such notable companies as Mozilla and SoundCloud decided to move in. Tech giants including Uber also have offices here. In 2014, a coworking space opened in the main building. This provided sophisticated open spaces not otherwise available in Berlin, as well as offices of more than 1,000 square meters, and Factory instantly became a hub for the startup community.

Hackathons and meet-ups are held frequently in the building. There is a definite buzz to the scene, and they have begun involving startups in the community. “Using this, we can pivot like startups,” says Lucie Montel, Head of Community for Factory. In short, they moved away from the model of a community attached to a space towards one of a space attached to a community.

Even in the small world of Berlin coworking spaces, Factory stands out. It is is quite different from Betahaus. Betahaus was a coworking space that developed a community of digital nomads and startups that large corporations wanted to work with. Factory began with a community of tech companies, then added coworking later. So far, they have not planned for any overseas expansion, but want to concentrate on developing in Berlin. Unlike the do-it-yourself feeling in the other coworking spaces in the city, it has quite a sophisticated atmosphere.

The Factory building, which was originally a beer brewery. Founder Udo Schloemer is an entrepreneur in Berlin, and has been a real estate investor for many years. He also has a deep relationship with startups.
https://factoryberlin.com

There is a restaurant on the ground floor. Start Up Guide Berlin, an informational magazine, is sold at the cash register along with organic coffee beans. The pamphlet introduces startups and coworking spaces in major European cities, such as Copenha- gen and Stockholm; the Berlin edition is also indis- pensable in understanding the city’s startup scene.

In 2016, Factory began a membership program. This was a big change, allowing easy access for startups and freelancers, while also connecting all stakeholders, including Factory’s network of tech companies and government officials. Members receive priority participation at events organized by Google for Entrepreneurs, to which celebrities are invited. This was also the timing for the release of the “Coworking is Dead” advertisements. Members can still use the community space as they like, which is considered a member privilege, not an independent service.

The “community first” attitude is reflected in the careful selection of partners. Factory is most concerned about what and how much their partners will return to the community. Only companies that can contribute to the growth of the community are welcomed as partners.

For example, Digital Ocean provides open access to cloud storage, while Deutsche Bank provides expertise in finance, and Google for Entrepreneurs, a partner from the very beginning, holds twice-weekly workshops.

“We receive approaches from many companies, but we don’t feel that we can form partnerships with all of them,” Ms. Montel says. “it’s not a matter of them saying, ‘We can pay this much,’ but instead, we look for companies that say, ‘We want to do something together.’ We hope to create relationships that bring value to both parties. Partnerships and sponsorships are completely different.” 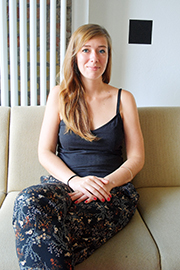 Treating all people the same is a key principle at Factory. They recently announced a partnership with Deutsche Bank, but even when the bank applied to be a tenant, they were given the same Factory card as everyone else and told to use the same communication platform (Slack). For the first time ever, a separate office was created within the community space. The Deutsche Bank office has no elegant key with their corporate logo on it, and in fact anyone can walk in or out easily. Because of this openness, even small startups feel they can easily approach Deutsche Bank (the largest, most powerful bank in Germany) directly.

A few of the partner companies who want to connect with startups are aware that some of their employees just can’t shake the big company mentality, so Factory staff are there to support them. Even so, most partners now say that their people are becoming more open-minded and tolerant of the Factory’s way of doing things. Even those who at first struggle with not wearing a suit gradually become more casual, thanks to the atmosphere of the community. They quickly adopt the Factory mindset and settle in.

“Compared to the community, the influence of physical spaces such as the workspace is small,” Ms. Montel says. Factory is a platform for building business connections, and people who want to be members of that community will also gather there. “We think that PR is a good thing,” she says. “Something special happens at Factory, and everyone feels it.”

Early on, Factory stopped using the term coworking space. Because of this, even though it released some provocative ad copy, it does not see major coworking spaces such as WeWork or Mindspace as rivals, but believes that they are in a complementary relationship. WeWork users are welcome to become members. They even launched a meetup with them. “I want this to be a place that makes people think that Berlin means Factory,” Ms. Montel says. And Factory means community. 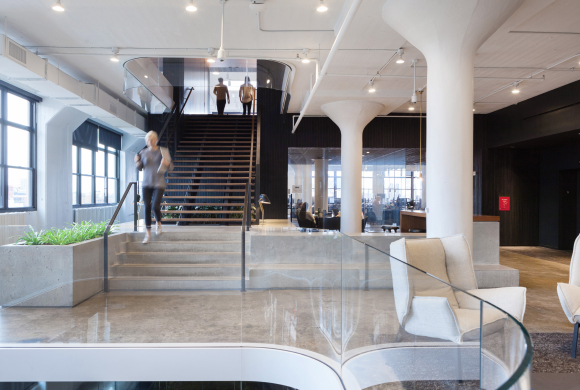 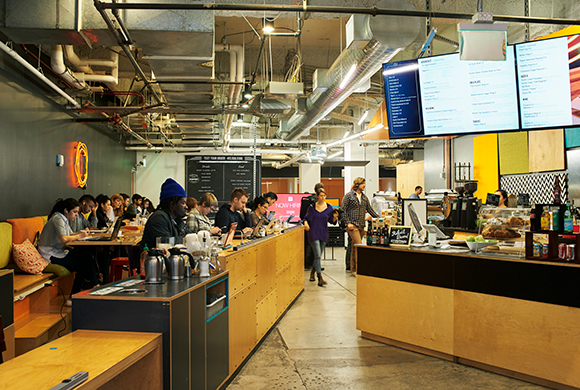 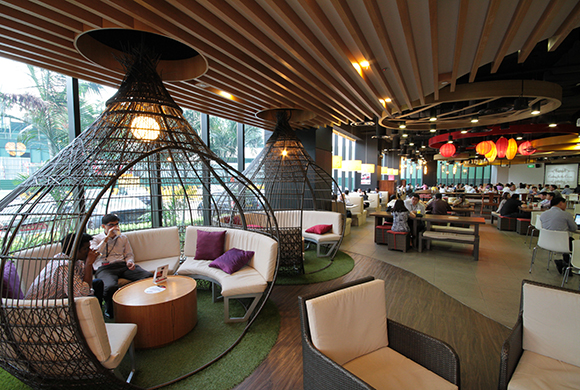 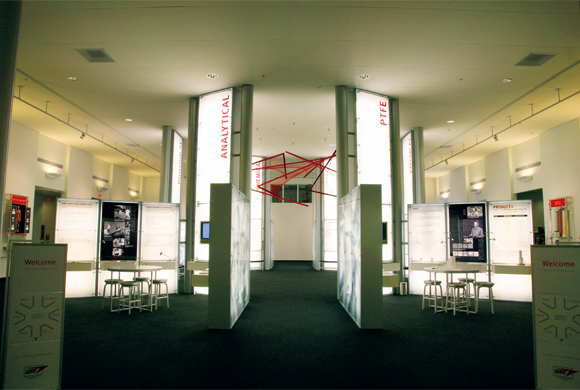