San Francisco and Silicon Valley, home to countless entrepreneurs, is also the birthplace of the coworker space. One early example, founded in 2006, is Citizen Space.

About 70 members use this space today. Most of them are employed in technology, as well as designers, writers, architects, consultants, both freelancers and start-up entrepreneurs. Even companies ranked in the Fortune 500 make use of the space.

“We wanted to provide the same kind of comfortable office Google does, even for people who don’t work at Google,” says company CEO Toby Morning. Citizen Space is an open, friendly environment without partitions, and with wall coloring and an interior created with an awareness of creative work. The space is complete with power outlets, faxes, printers, WiFi, meeting rooms and other amenities, so that those who come into the space can immediately get right to work. There are even spaces such as a sofa area and kitchen that can also be used by those working for communication.

Coworking spaces have long been known around the world, but not with the idea of using the space as a place for doing business. “The founder was a man who had managed people at several companies; at first the idea was to have a space where different people could come together to do their work,” Mr. Morning says. The original idea was that having everyone working in the same place would reduce costs, while also helping to develop business.

Being able to cut costs while also growing the business also was a request from many start-ups. There are limits to working at home or in coffeeshops, and many people cannot afford to lease office space in the center of San Francisco. For people like this, there was great attraction in having an affordable place in the heart of the business district, with conference rooms, paper, whiteboards and other needed amenities. With the appeal of the space now known to many people, Mr. Morning says, “The facility itself has now become a real business.”

Citizen Space is in the first floor of a building in downtown San Francisco. It is in a remodeled recording studio. The floor includes a space for members and a drop-in area for non-members, as well as a classroom for seminars and other gatherings. Members can use the space 24 hours a day, including Saturdays. The drop-in space is open from 10am to 6pm.

A creative environment is very important for designers, programmers and startup entrepreneurs. In this co-working space are owners of many different kinds of businesses. With many people with new ideas gathered in one place, it’s not uncommon to see them gaining inspiration and collaboration together, whether in the kitchen having a snack, or relaxing and talking on the sofas. The co-workspace has a feeling of community, so there are no traditional partitioned share offices or executive suites here.

A number of collaborations have been born at Citizen Space. One example is the iPhone and Android game company operated by Bill Graner and Daniel Ponce. Both of them had previously worked in startup companies based out of their homes or coffeeshops, but they soon heard about Citizen Space.

“At first we didn’t really understand what we could accomplish here,” Mr. Graner says. But within the first few weeks they got to know other people in the same line of work, as well as game publishers. “So in the first month after moving in, we had already signed a contract with a game publisher,” Mr. Ponce says. To complete the contract, of course, some legal knowledge is required. “So a lawyer specializing in creative media sat right here across from us and gave us contract advice,” Mr. Ponce says.

The people at Citizen Space each are doing their own kinds of business, but all of them are in the same economic condition. “Everyone who is in the first stages of starting up a business needs certain kinds of service,” Mr. Graner says. “With this now being provided here, this space is really a great place for us.” And because the business circumstances are similar, the connections occur on a daily basis.

For collaboration, the members need an environment that makes it easy to communicate. Citizen Space is not only a physical space, but members can also communicate using its homepage, Goggle and Yammer groups and its Facebook page. The member email list is also available.

CEO Toby Morning and his wife Gina A. Camarillo-Morning. The couple bought Citizen Space in March of 2011 and took over its operations. The also operate a co-workspace in nearby San Jose.

Scene in the space. “It varies from day to day, but usually some 12 to 25 people will be using the space,” Mr. Morning says. “It’s not just entrepreneurs or freelancers, but people working in large corporations, investors and many other kinds of people who you’ll find here.”

Scene in the space. “It varies from day to day, but usually some 12 to 25 people will be using the space,” Mr. Morning says. “It’s not just entrepreneurs or freelancers, but people working in large corporations, investors and many other kinds of people who you’ll find here.”

In Japan today, a series of new co-workspaces are being built in the area around Shibuya Station in Tokyo. Some of these are operated by venture capital firms, with the co-workspace management staff holding a number of events bringing members together with venture and angel investors.

However, while Citizen Space does hold events aimed at increasing communications, they do not specifically introduce members with others. “Bringing specific people together, or introducing investors is the job of incubators and accelerators,” Mr. Morning says. “The members are responsible for that, but at a later stage.”

As those who are starting up a business go to meet with incubators or accelerators and need a space for team activities, the place they use is the co-working space. Mr. Morning’s concept is that, up until the final time when the member heads out and establishes his or her own office, the community is always there.

“Entrepreneurs like the space and move in, while the venture capital people who operated the coworking space are interested in them and make investments,” Mr. Morning says. “This community is a real win-win situation for the venture firms.”

Citizen Space is currently focused on Co-Learning, a seminar space intended to draw in the people of the local area. The Citizen Space area includes a classroom where a range of classes are held on subjects such as web design and business, as well as on interests such as photography, cooking, art and wine. These are very popular, as they bring together people from many different occupations to study and be inspired. They plan to increase the number of classes in the future.

They are also busy working on a new facility. In a joint venture with hotel chain Club Quarters, new work spaces called Connections are being established within hotels. And a new coworking space is now being prepared in San Francisco’s financial district. This would be a coworking space for people from the financial world as well as traveling businesspeople. This would not be driven by a focus on business matching, but again in the direction of creating a community. Even if the number of locations increases, the basic concept is unchanged that, if people with shared interests and ideas are there, new business will naturally be created. And that is the basic idea of coworking. 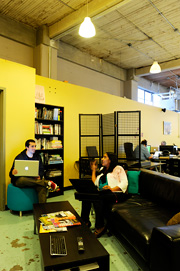 Citizen Space ahs not only desks, but also many sofas where members can relax. You’ll see many people. laptops balanced on their knees, engaged in pleasant conversation. 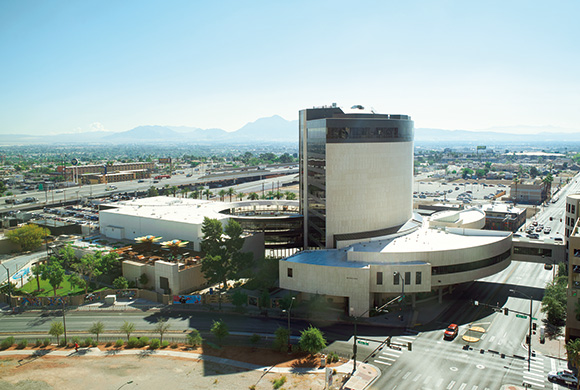 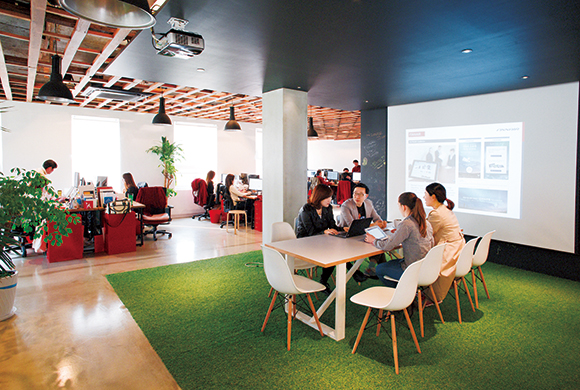 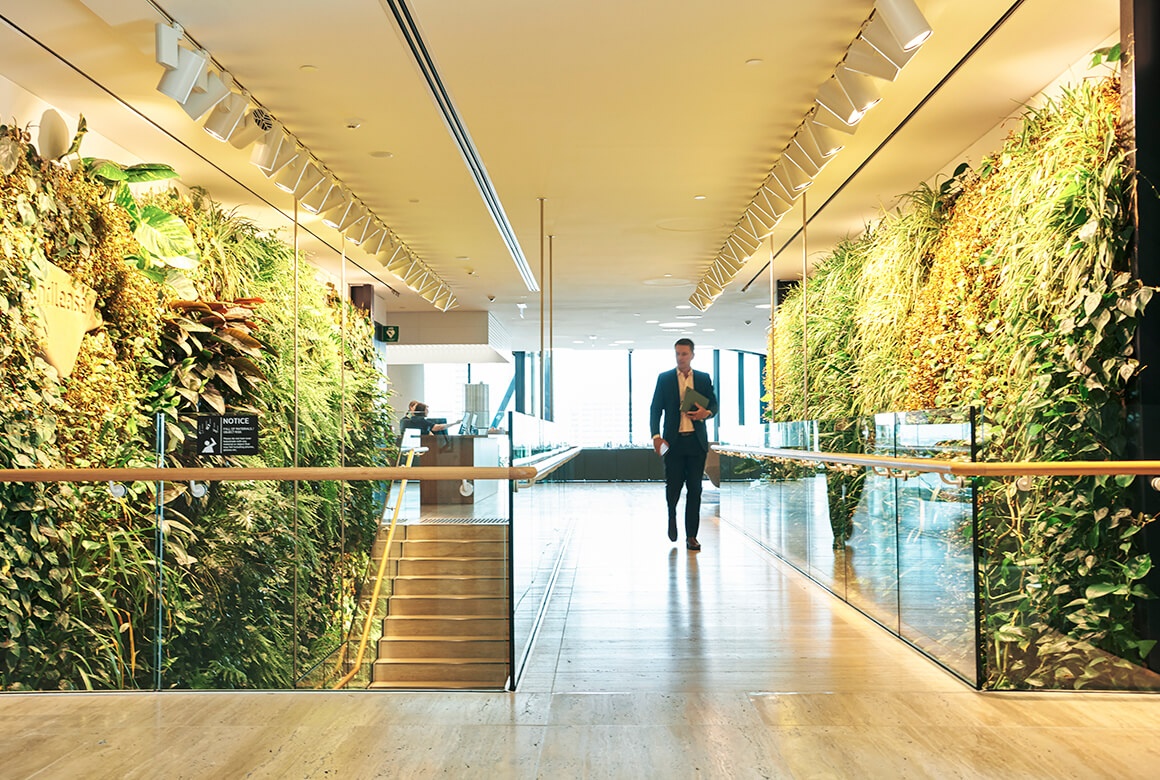 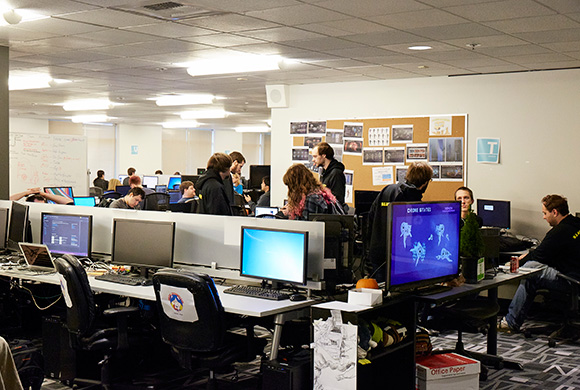