Hyper Island, first established in Sweden, is an educational organization aimed at adults working in the digital world. Since it opened in 1995, the many graduates of this school with a unique training curriculum have gone on to global companies.

Hyper Island brings together students from many different countries in this long-awaited Asian campus. The location is Singapore. Hyper Island has two campuses in Sweden—Stockholm and Karlskrona—as well as in Manchester, England, and New York in the US. Exactly why Singapore was selected is explained by one of Hyper Island’s co-founders, Jonathan Briggs.

“We began a partnership program with many global companies, including Adidas, Nestlé, Google, Ikea and others, about five years ago,” he says. “They all have projects developing around the world, including of course in Asia, but we also knew that we at Hyper Island wanted to be involved with those projects.

Hyper Island has been involved in projects in Japan, China and Korea, but began to feel that it needed to establish a base in an Asian campus. “As we got close to opening a school, we were looking for a location when we received direct contact from the Singapore government’s Economic Development Board (EDB), and received consultation from them on business development in Singapore,” Mr. Briggs says.

At the time they were thinking about establishing an Asian base, the fact that Singapore is well known as a base for finance, trade and transportation made sense in selecting the country. There also was an invitation extended by the government; this, along with the varied support provided by EDP was another reason for the selection of Singapore.

“Another big factor for us was the cooperation of Singapore in acting as an intermediary with the organizations we needed to work with,” Mr. Briggs says. “EDP made many preliminary arrangements for us as we got ready to do business in this new environment. We did receive development assistance, although it wasn’t that huge of an amount. Apart from this, the facilitation-related support was, I feel, very important in starting out our new business.”

Opened：1995 Students：??? (2014) Instructional periods：40 to 90 weeks Campuses：Two in Sweden, one each in the UK, US and Singapore https://www.hyperisland.com 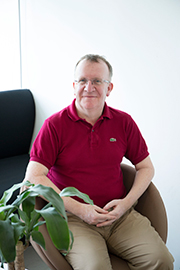 Hyper Island co-founder Jonathan Briggs. He is now working at the Singapore school, which is doin Apart from this, the facilitation-related support was, I feel, very important in starting out our new business.”g well.

In 2012, the Singapore campus was born. The design and layout was basically the same as the Swedish and other campuses, and features a great deal of open space. “Singapore has a number of unique regulations for the construction of new buildings,” Mr. Briggs says. “For example, there is a law that if there is no glass in a room, it will not be accepted as a classroom, so we had to make sure and have glass in the designs. So there were a few places where we had to adjust things because of regulations. But I can say that pretty much we built things the way we originally planned.”

Students gather in clean, wide spaces, and the way in which they address the challenges with each other is unlike what would be seen at other campuses. The curriculum provided to the students, too, is fundamentally different from that of the other campuses.

“Dividing it up broadly, we provide three types of programs here: long- and short-term courses, as well as industry-specific courses,” Mr. Briggs says. “Those completing the long-term course earn a master’s degree, and represent two groups of students, full time and part time. For the full-time students, we provide a program that was created to be at a little higher level than that in Sweden. The short-term course is an intensive one-week course that focuses on a specific theme. The third, the industry-specific course, is designed to provide training contents that are related to their industry.”

There is one concept common to all three course types: the idea of learning from doing. “Creating something, looking at the thing you created, and learning from what you made,” Mr. Briggs explains. “This is an approach that has been demonstrated in many different thesis. It’s not about simply learning by taking in lessons, but an approach that stresses putting things into practice.”

Precisely because there is this clear concept, there is the possibility for horizontal development between all three types of courses. The content of the short course is that of the preparatory stages of the long-term course, so when students of the short-term course return to their companies, they are also recommended to take the special, industry-specific course as well.

In addition, Hyper Island has found that one of the most effective ways to improve learning is for each student to have a mentor. “The mentor will design the training individually for each student,” Mr. Briggs says. “Specifically, students will stop in the middle of the learning process and consider for themselves what has happened thus far, what they will study from now on and how they are feeling about it all. This is the ‘Reflection’ educational method.”

Although this concept may seem complicated at first, the idea is that, in order to learn, a little time is needed so the individual can think about what it was that they have studied. Hyper Island students think very carefully about what they have learned today, this week, this month and this year and how they have learned it. This is a unique approach, but unlike Sweden or the UK or the US, Singapore is an Asian nation. How well was the method accepted in Singapore?

“We were concerned about it at first,” Mr. Briggs admits. “However, after a little bit of time had passed I really felt that we didn’t have to worry. Singapore does have some traditional thinking when it comes to education, but it wasn’t just that they accepted it, but that they liked it. Our method is a creative one, but it’s now in use in Asia, which makes us very happy.”

Lectures are held by two instructors. The style is that of a monologue—often like a comedic team. 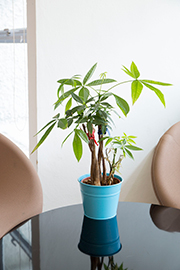 Instructors comment on the ideas written on Post-its. Plenty of time is dedicated to feedback. 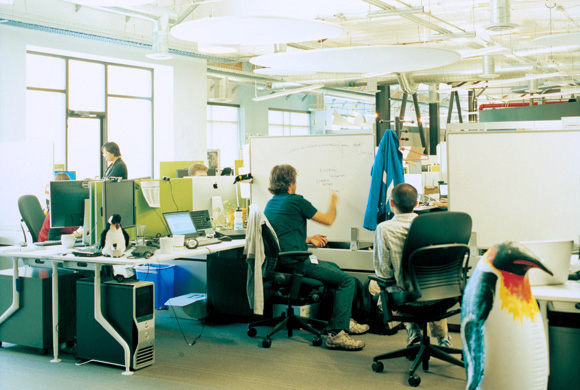 A Company That Hasn’t Lost The Venture Spirit 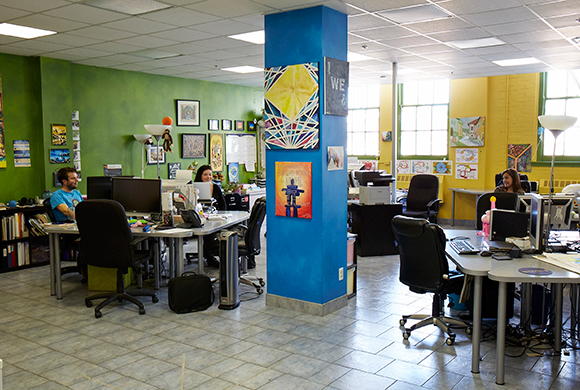 Aimed at solving social problems: An NGO in Toronto, Canada 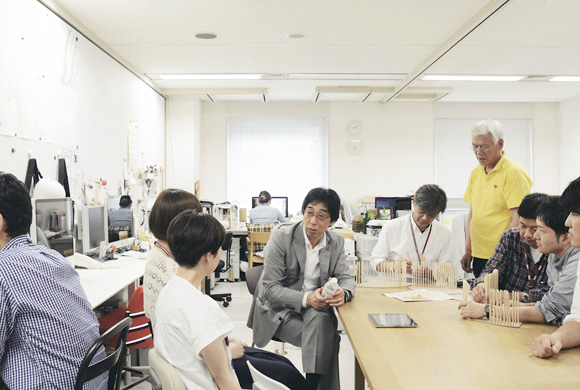 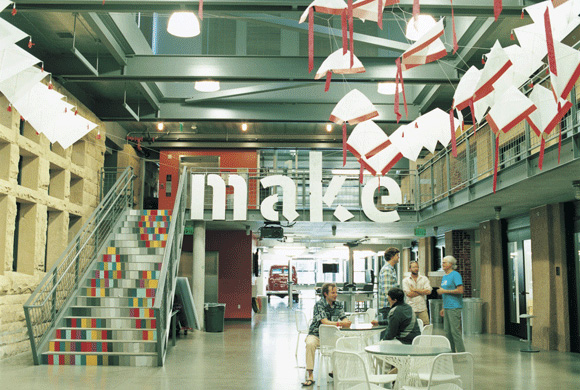 Stanford University’s special organization, where the innovation to turn design concepts into reality is taught